Travelling- few can resist the urge to explore new places and experiences.

A survey by Lonely Planet revealed that the number of world travellers will increase 35% in the next decade, so, clearly it’s a rising trend.

While Google Maps remains the most preferred location-sharing travel app out there, suffice to say there are a lot of options available today.

Well, the summers are here, which probably means you are busy planning your next holiday adventure right now.

But, the internet and your old travel planner can only go so far to help you make sure you have taken every potential hurdle into account especially those that have a habit of jumping up at you, right when you least want them.

Even a glancing look at the Play or App store will reveal a flood of options that you can try.

But, then again, no one will like to be stuck with an app that fails to live up to its sales pitch when you’re in the middle of the Amazon trying to get an anaconda off your tail.

So, without any further ado, here are 7 Travelling Apps that are a safe, reliable bet to make your next travel adventure your best one yet!

Once the underdog of the phone-based GPS world, Maps. I have risen in the ranks to become one of the most recommended travel apps out there.

Maps. I use OSM (Open Street Maps), a Wikipedia of maps to source its data which is updated frequently.

While the app is nowhere near as detailed as Google or Apple Maps, its lightweight nature and the fact that it has most functionalities such as searching for addresses and saving locations makes it a good choice for most people.

Maps. It is an offline application, meaning you can download the map of a country straight to your phone and then use it without needing WiFi or mobile data.

The app can use your phone’s inbuilt GPS sensors to do the navigating.

Cool feature: Is both online and offline.

If you are looking for a GPS app that’s a little more powerful, consider adding Here to your list.

Made by Nokia (which also provides map data to Garmin), Here are hands down the best hybrid map application out there.

Users can not only navigate without an internet connection in offline mode but can also switch to a far more detailed map (which rivals Google Maps) by turning the app online.

Even the offline maps are more information-rich than those in OSM.

For comparison, the downloadable map for India in Maps. I weigh around 300 MB, while the same Here is 1.5 GB.

Cool feature: The closest thing to a Star Trek translator. At least one that’s free.

The biggest pain point for travellers to distant lands is the language barrier that inevitably follows. Fear not, Google has something for you.

While not perfect, Translate can help you get a basic understanding of what’s being said and make yourself understood as well.

The app offers translation services in 103 languages, out of which 38 can be translated by simply pointing your phone’s camera toward a street sign.

Another 59 can be downloaded to your phone and translated with a simple type in the search bar.

Pro tip: If you are looking to learn new languages or travel often, you may consider adding Google Pixel Buds (which works only with the Pixel) that can listen and translate a language, or IIi an offline translator focused on travellers to your kitty.

Cool feature: Tells you which all Wifi networks around you are freely available.

All travellers know the horror when they realize that they have no option but to turn on their phone data.

The crowdsourced Wifi Map hopes to make this perineal pain a thing of the past.

The app has an ever-growing library of 100 million free WiFi networks around the globe.

Simply download the app, and whenever you are around a free network that is on the app’s database, you will receive an alert.

As the app is crowdsourced, you can add networks as you discover them.

Passwords and comments to a particular network can be saved and shared as well.

While the basic version of the app is free, users can download a paid version with a bigger library, too.

Packing for a trip is usually treated as a troublesome hump that should be traversed as quickly as possible. But, since it’s also one of the more important chores, we have an app that may be of assistance.

Packpoint simply requires you to enter your destination, date of travel, length of stay and a few other details like what you plan on doing there after which it spits out a packing list for you. Pretty cool, huh?

While the lists it generates are usually not perfect (since it’s not you), the idea behind it is to give you the next best thing which can be tweaked later.

Part of the charm of going to new places is visiting the people there.

And if you are fresh out of icebreakers or simply do not want to approach strangers in a new land abruptly, then Tinder is what you need.

Already pretty popular, Tinder gives you a list of all registered users within your immediate locality.

You can let the people you think are interesting know you are interested by swiping their photo right (or left if not), or by clicking on one of the icons given therein.

Should they reciprocate, you can send them messages as well.

Tinder comes with a paid version called Tinder Gold and that lets you rewind your last swipe, gives you unlimited right swipes, know who checked you out and controls who sees you among other features.

Cool feature: Automatically organizes all your travel info for you.

Chances are you are already using some of Google’s services such as Gmail. In which case, you might as well try their new Trips app.

The app can automatically pull all your travel reservations out of your email and organize them into easy-to-navigate step-by-step instructions.

Trip shows the most interesting places to see in your immediate locations, how you can get around, things to do and places to eat.

It easily integrates with Google Maps, so, it can plan your routes for you, too.

Finally, Trips offers a rather interesting Day Plan feature where it selects several activities, and then gives you a certain amount of time to complete them. If you add to the itinerary, Trips will adjust accordingly. 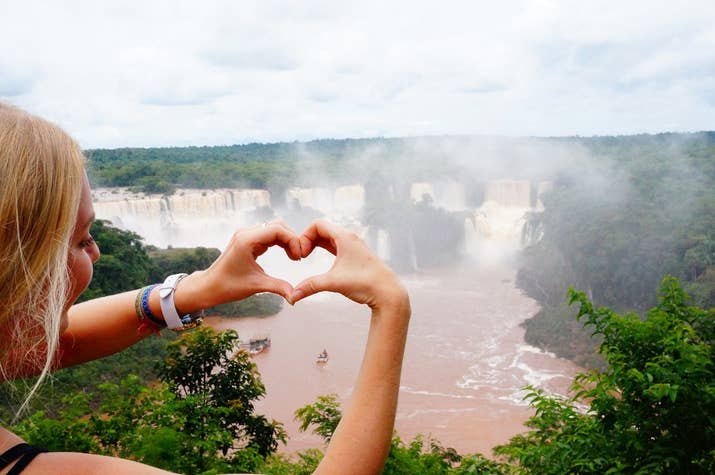 Many of the most harrowing travel stories we read online could easily have been avoided with a little planning (others, definitely couldn’t have been).

The apps have given here can help you with most of the more difficult aspects of travelling.

That being said, there is still no substitute for plain old common sense, doubly so when you are in a strange new place you know nothing about. Exercising caution and putting safety first is always a good idea.

If you are aware of any travelling apps that made your trips better, feel free to leave them down below and add them to our list. 🙂

Do you Know Any Other Good Travelling App?

Search on the Web